The bolt with head is close to the rod with nut

Summary:Can the rod with welded nuts be replaced with forg...

Can the rod with welded nuts be replaced with forged head bolts?

When replacing a shaft with nuts with forged bolts, two problems arise. The internal mechanical tests of the Portland bolts on the bolts with caps are the same batch of steel as the rods with nuts. The strength of the shaft with nuts is 12% lower than that of the bolts with caps. The reason for the reduced strength on the rod with the nut is that the stress area at the junction of the rod and the nut (replace the forged head of the bolt) is significantly reduced. Since the smaller diameter (recess) of the thread is much smaller than the diameter of the shank on the bolt with the head, the breaking strength of the rod with the nut is usually much smaller than that of the bolt with the head. More importantly, even if the rod with the nut reaches a strength sufficient to meet the specifications, it often breaks at the joint of the nut. When the wedge is tested according to ASTM F606, the joint acts as the head of the bolt. Therefore, technically, a rod with a nut instead of a bolt with a head usually cannot withstand mechanical testing, because the head (in this case, the nut) will penetrate before the bolt penetrates the threaded portion of the body or fastener. Shedding, this is an automatic failure. 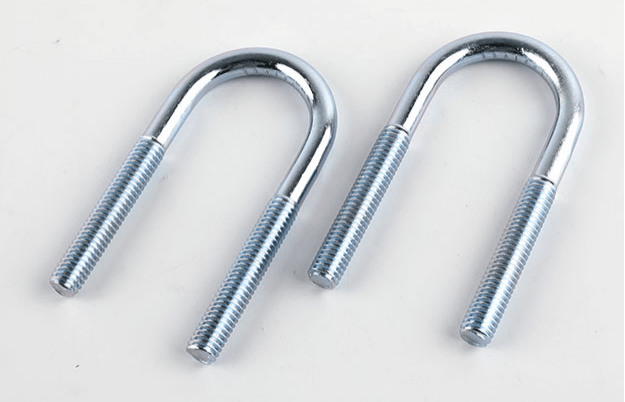 We often see that distributors and manufacturers of fasteners have no chance of counterfeiting, prompting customers to change from headed bolts to rods with nuts because they cannot provide forged products built into the structure. The decision to convert from forged head bolts to rods with nuts must always be approved by the engineer to avoid such replacements in the event of hardware failure.

Wedge test according to ASTM F606
Head test head bolt after wedge test
Head bolt
Rod test wedge with nut Rod test wedge with nut
Wand with nut
The precautions shown above require a wedge test to determine the mechanical properties of most ASTM high-strength fasteners. In our own test of cylindrical head bolts and rods with nuts, it was found that the strength is greater than that of mild steel fasteners. Compared with the forged head bolt, the cross-sectional area of ​​the nut joint is reduced, leading to the fact that the bolt with the nut as a fastener has a lower breaking strength than the forged head bolt. In addition, the high-strength rod with the nut as the head just breaks under the nut, which will automatically cause breakage, because when checking the wedge, the bolt must break at the bolt body or threaded part, not at the connection.